We had a litter of 10 puppies from the mating between Hawk and Yasmine. Born here 24th April, 5 Female Groenendael 3 Male Groenendael and 2 Male Tervueren 1 grey and 1 red.
All pups where healthy and confident with out going characters. Yasmine has been a great mum to this her second litter.

All pups in their new homes

2016
We had our first Gronendael litter from Yasmine in 2016 she was mated to the lovely Santos a Hungarian import owned by Jacky at Niavana.

The mating produced a very promising litter of 5 dogs and 2 bitches all Black. 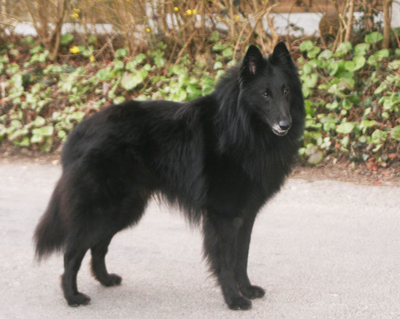 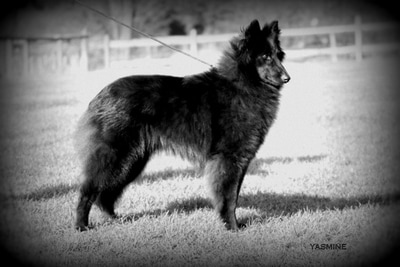 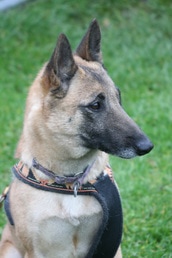 very out of coat Cacia intently watching tracking
We used Caper again in 2016 this time to Cacia  it gave us 5 pups 3 boys and 2 girls one which we decided to keep here at Bonvivant.

I  chose this combination as the two dogs compliment each other and, hopefully planned to keep a bitch puppy which can then be line bred back to my own, and Sabrefield lines,  Chaos' father being a nephew of my foundation bitch Cachet (Sabrefield Right Answer for Bonvivant ).

Bronte was from the inter-variety mating litter bred specifically to open up the gene pool in Malinois.
Both dogs have good characters, hip scores and current clear eye tests.