Thank you Hana Pisarčíková for awarding my dogs

Best Veteren Dog and the RCC -  Cliche at 11yrs old-  was so pleased with himself!
His daughter Belsharose Cochiti - Cacia was RCC bitch (so proud of her as she was the one who six years ago at 4 months of age fractured all the vertebrae in her neck and was paralyzed)
Another daughter Bonvivant Ysatis Best Veteren Bitch, Best Veteren in Breed and Best Veteran in Show!!! Thankyou Trevor Wheeler for this award
A son of his Bonvivant Dynasty 2nd in Open Dog
Another son Pliquette zadok*** 4th Open Dog
(All from different litters)
Congratulations to Talkatalven jar of hearts avec Pliquette (perry) on winning JBitch
Congratulations to Kelly Van Uffelen and Yvonne Brason for your CC wins today in Malinois.

Lovely day out at North Lincs show at Newark today

A very good year for us at Crufts this year, the dogs did us so proud. Thank you to judges Paul and Jean Lawless of Revloch and well done to all the other dogs and handlers. Some lovely entries making the classes very strong. 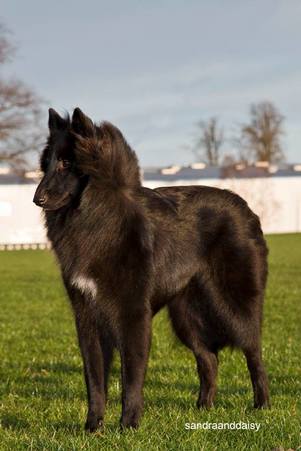 News from Debbie Fleming that Joe - Bonvivant Look to the Future at Ailort is making his mark on the scottish show scene. High hopes for this young lad and his talented handler.
National Dog Show